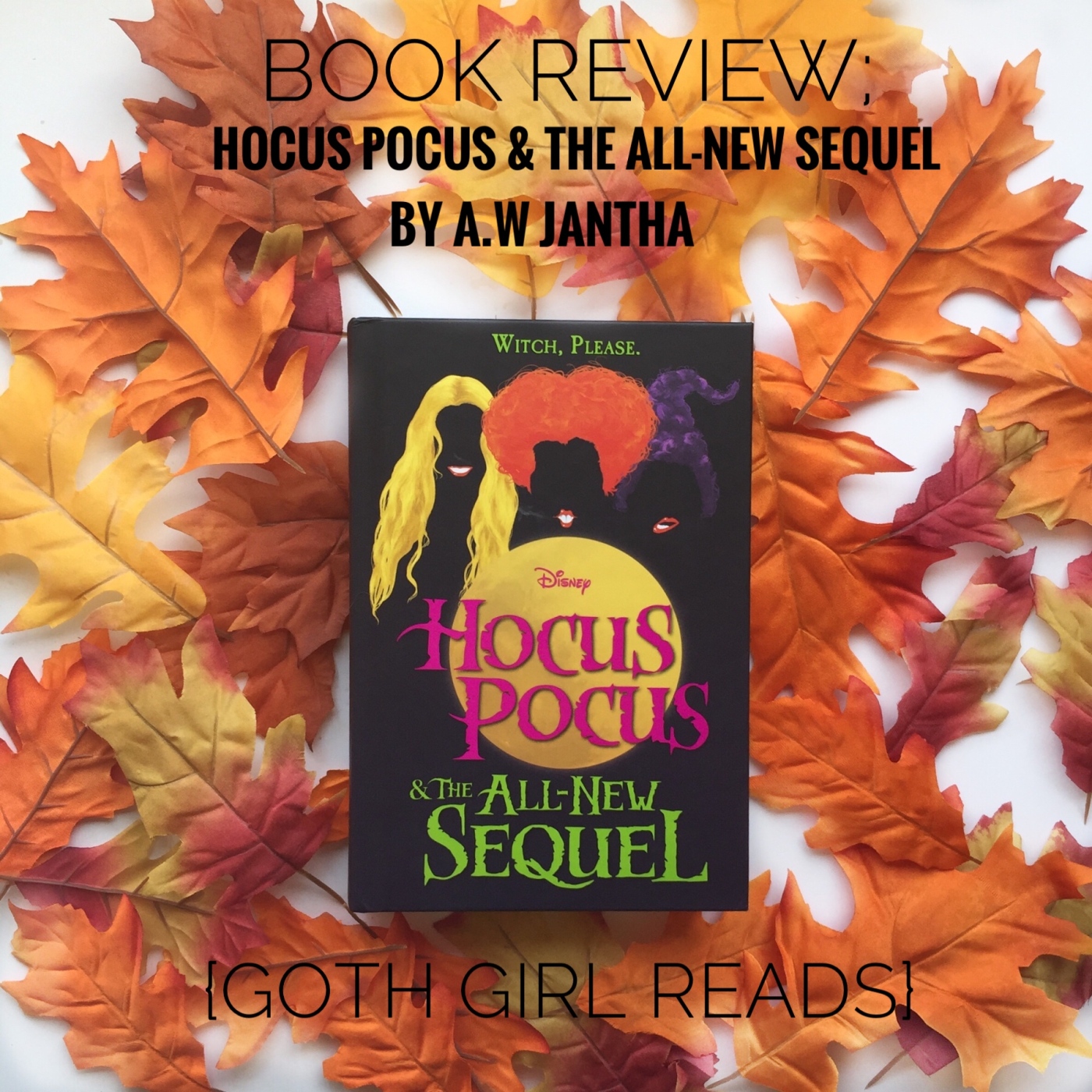 “So what if we’re going to the Sanderson house during a blood moon? Magic isn’t real. And besides, we’ll be back before anyone even knows we’re gone.”

Let’s get one thing straight; I wasn’t expecting to LOVE this book, (as I’m sure anyone who’s a huge Halloween and/or Hocus Pocus fan would); I figured it would be extremely corny and completely unnecessary, but at least slightly entertaining, which is why I read it. This book was both surprisingly better, but also overtly cringy at some parts. In the end, they all balanced out and came down to a basic (imo) rating of two stars.

The book begins as an almost exact, word-for-word copy of the movie; in fact, the actual ‘sequel’ of the story doesn’t begin until page 203! After reading about fifty pages, I got bored and skipped ahead to this; I love Hocus Pocus, but I’m not about to read a two-hundred page copy of the movie when I would much rather watch Bette Midler being fantastic on-screen. It’s pretty apparent that ‘A.W. Jantha’ is some sort of ghost-writer pen name for at least 2-3 different authors who collaborated on this book.

The scenes with the Sanderson sisters were so well-written and believable, it almost felt like I was reading the script for deleted scenes of the original movie. But at the same time, the scenes with Poppy (Max and Allison’s daughter!) and her friends are so cringy and forced in some areas, especially the overabundant ‘millennial teen-talk’ that includes using acronyms like ‘LOL’ and ‘BAMF’ in actual dialogue. CRINGE ALERT.

Over-all the plot isn’t completely terrible; in my opinion, it’s actually a believable sequel, until the ending gets incredibly jammed up, having the Sanderson girls (for some reason..?) decide to bring back the hundreds of witches in hell to all rule Salem together. (Since when is Winnie into sharing fame, glory and power??)

By far the biggest sin for me was the fact that some of the details of the original movie had to be changed in order for this sequel to make any sense at all. In this ‘version’ there is a fourth Sanderson sister, Elisabeth; the only good witch who was executed as well, and later comes back as a ghost with Emily and Thackery to help Poppy and her friends.

While this was strange and incredibly annoying to me, what made even less sense was to have Winifred’s spellbook go missing that fateful Halloween night in 1993, only to be used as an incredibly underwhelming reveal that one these new characters are actually a descendant of the Sandersons. Blah.

Here are my final thoughts; if you enjoy reading fanfiction, (because that is essentially what this book is) or actually enjoy writing bad reviews for bad books, then this book is a good, or at the very least, slightly entertaining option. If you’re looking for some satisfying Hocus Pocus-isms, just watch the movie and leave this book alone at the store!